Kelly and Sarah, two former Sunset magazine coworkers, planned to use this shabby bookshelf in Sunset’s Menlo Park Idea House last summer. After removing the doors, which were in a dire state of disrepair, they painted it. Paint: Benjamin Moore Aura Steam (AF-15) and Caliente (AF-290). Then they decided to kick it to the curb. Knowing I rescue dilapidated furniture, Kelly offered it to me.

It sat in my living room while I hunted for keyhole covers (notice the keys were stuck in rough holes cut in the wood). Finally, I found the perfect keyhole covers (called escutcheons) with finger pulls on eBay. After three days of scraping, gluing, sanding, painting, and reassembling, the doors are hung at last. 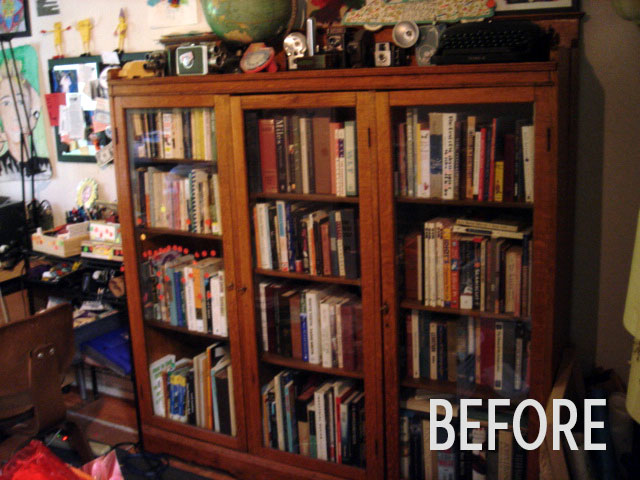 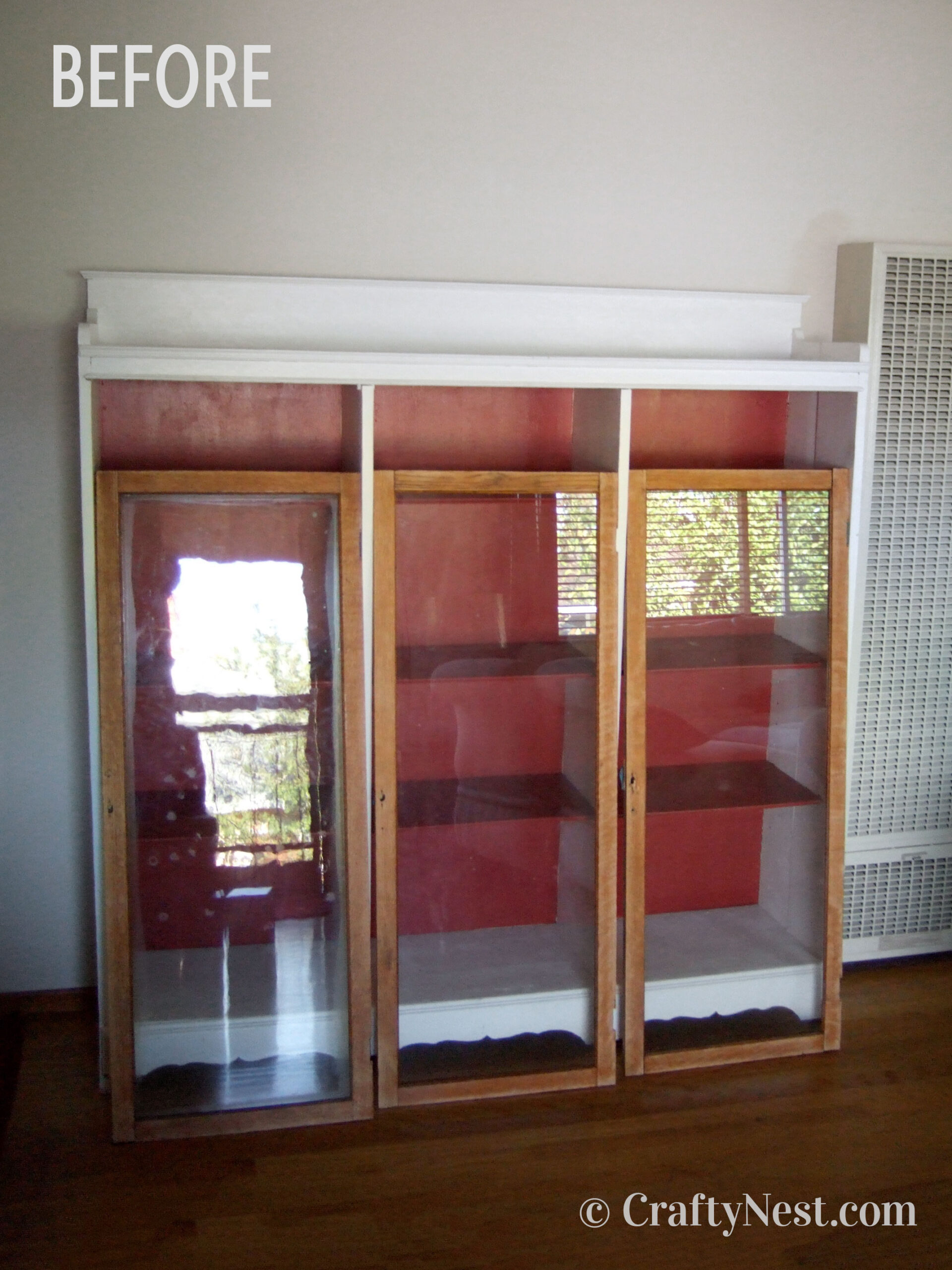 Made this project? Email your photo(s) to monica (at) craftynest (dot) com, and I’ll share your version here!

This site uses Akismet to reduce spam. Learn how your comment data is processed.

Why are so many posts missing? Where are my comments? You might find yourself asking these questions as you explore this blog. The sad fact is that my old site broke beyond repair. I’m working as fast as I can to manually rebuild Crafty Nest post by post. I’ll eventually copy over all your comments too. Please be patient with me as I tackle this massive undertaking. Thank you for visiting!